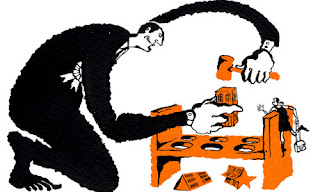 I'll be the first to say how much I love Milton's poetry, and I was, at least on this blog. I love what he sees in Bible and the way he makes it not only literarily accessible to the masses, but emotionally accessible as well. What a gift. Not only do I respect him as a literary genius, but I recognize his hard work in many politic activist causes such as divorce. He seems to have a very real concept of that system. He understands who might need divorce and what it would take society to get there. Education, on the other hand, is an entirely different matter.

The problem must have started when he was pestered several times by a good friend to fight for a cause that he even tells us in the text is not his first priority. He says:


To write now the reforming of Education, though it be one of the greatest and noblest designs that can be thought on, and for the want whereof this Nation perishes, I had not yet at this time been induc't, but by your earnest entreaties, and serious conjurements; as having my mind for the present half diverted in the pursuance of some other assertions, the knowledge and the use of which, cannot but be a great furtherance both to the enlargement of truth, and honest living, with much more peace.

The whole letter can be found online. Because of this simple problem, his lack of knowledge about the system, thinking everyone is as dedicated as he is, and an overwhelming sense of idealism, we encounter all kinds of incongruent notions and completely impractical solutions in his text. I've listed some of them here:

These are only a few of the elements in his essay that require fairy dust. As amazing a writer as he is, the fact remains that he is not a teacher, nor is he practiced in the common problems encountered in that area. It's not that teachers don't want to change the world, it's that the world is already changing too fast to develop one method that works for everyone. Perhaps if he'd had a little experience, he could have written real suggestions. 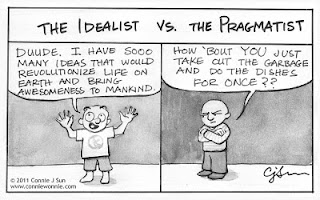