Sabrina and the Nymphs 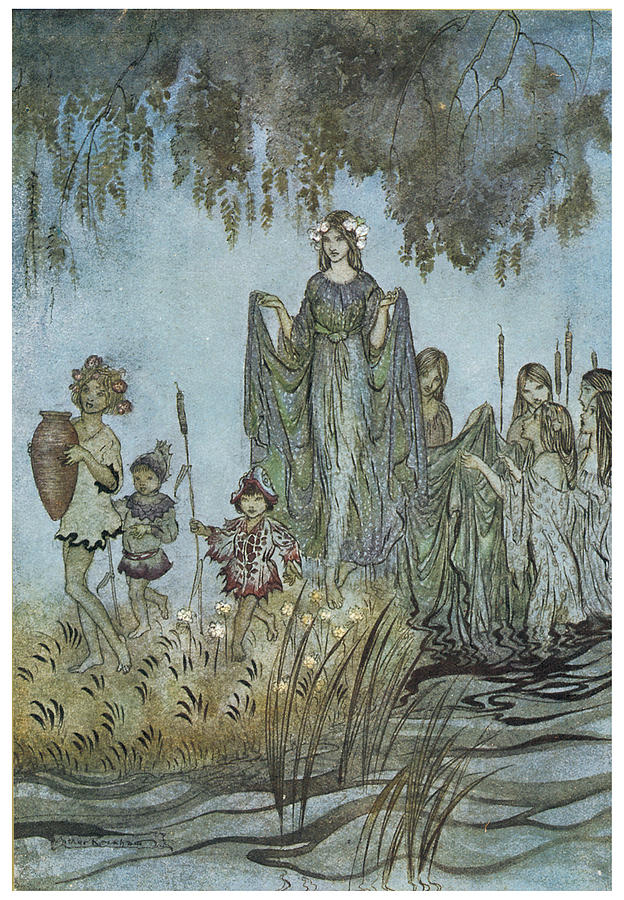 We find another interesting example of Christian/Pagan synthesis in Milton's use of nymphs in his Comus. The story of Sabrina is a unique case, as it has figures from Greek mythology but is a British legend.
The nymphs of Greek mythology were minor deity. They are often portrayed as young, beautiful women and often classified by varying natural elements. (i.e. water, trees, air, etc.) They often interacted with major deity, and were capable of producing immortal offspring, though being mortal themselves. They are often portrayed as having strong powers over men. They certainly do not have the reputation of virtue and chastity, which is what makes their role in Comus an interesting one.
The legend of Sabrina originally appears in Geoffrey of Monmouth's Historia Regum Brittaniae, and tells of Hafren (or Habren) who was caught up in the typical war between powers fighting for the crown. Both her and her mother were drowned as political prisoners. She is then saved by the water nymphs and becomes one herself.
Knowing what we do about the nature of nymphs, why does Milton choose to use them to come to Lady's aid (especially in admiration of her virtue)? Does Milton completely disregard the mythological roots of these classic characters to suit his needs? The use of Sabrina could work to hearken the reader to the old British interpretation of the nymph character, but Milton's knowledge of Classic mythology makes it hard to ignore the original symbolism attached to these characters.
Posted by Unknown at 12:54 PM