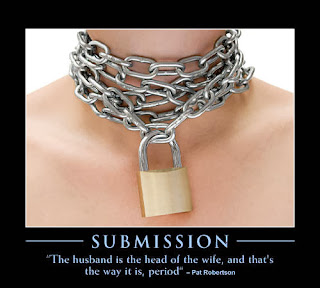 Did it bother anyone else that Eve is content to be an object in Paradise Lost? It got my feminist tendencies going a little bit. I have "ugh" written in the margins of the section where she says:

“My author and disposer, what thou
bidd’st
Unargued I obey; so God ordains,
God is thy Law, thou mine: to know no more
Is woman’s happiest knowledge and her praise."

But Eve nevertheless intrigued me. Milton made Eve seem more self aware in books four and five than Adam is. And that seemed radical. A woman was supposed to be the pretty little caged bird during Milton's time—supposed to praise and honor her husband and do whatever he desired. Having desires of her own was unheard of. She would want whatever the man wanted. While this riles me, I expected it. What I didn't expect was the problems that Eve creates for God and Adam. I didn't expect Milton to use Eve as a commentary on identity and self-awareness.

Eve poses a problem to God and Adam from the moment of her creation. Instead of looking up to God, she looks at her reflection in a pond, just as Narcissus did. She already exhibits self-awareness to some degree. The waters murmur to her, and later Satan murmurs in her ear at night, creating within her a false sense of self-awareness.

Those murmuring waters came from a cave. According to Eric LeMay in his dissertation on Paradise Lost, this is an allusion to Plato's Republic. For those of you not aware of the Allegory of the Cave, here's a good, quick, fun overview of it.

While at first she's a perfect little pet to God and her husband, perfectly content with following them without question, it looks to me like what will lead to her fall is their suppression of her. She will choose to fall to temptation because she's never allowed to properly develop her own persona under God and Adam. It's only with Satan's temptation that she is able to come to some sort of awareness of herself.