The Evolution of Liberty and Mormonism

A sign like this would have driven Milton crazy. One of Milton's crowning arguments of Areopagitica is that God gave man reason and temptation to use. He says


"Many there be that complain of divine providence for suffering Adam to transgress. Foolish tongues! When God gave him reason, He gave him freedom to choose; for reason is but choosing; . . . God therefore left him free, set before him a provoking object, ever almost in his eyes."

The idea that reason allows us to choose good from evil necessitates unrestrained options. If you have no options you cannot choose. If this is true and Milton himself doesn't have the rights he desires, is it any wonder then that Milton lobbied for freedom of press, freedom of religion, and a free government? One scholarly review by William Haller argues


"the more each protesting body suffered from intolerance the more tolerant it became, that the more it was forced to contend for liberty for itself the more nearly it approached the conception of liberty for all, with the result that implied principle was finally by the ultimate dissenters extricated from all the pain of cumulative persecution and kindled, as it were, 'on the top of a light-house, on its own account.'"


Or in other words, the more freedom you want, the more freedom you argue for. As my wheels started turning and looking up scriptures about seeking and liberty and I found an interesting interesting factual support from my own, dear Mormon heritage, a group definitely known for radical practices demanding religious freedom. Let's see what prophets have to say about free information and learning throughout the ages.

The Old Testament declares in Proverbs 25:2 "It is the glory of God to conceal a thing: but the honour of kings is to search out a matter." God glories in concealment.


The New Testament when talking about searching and seeking the only time it's mentioned is in places like John 5:39 "Search the scriptures" telling us that when we learn it should be through the scriptures.

And even newer, in a 1992 General Conference one of our living prophets, Russel M. Nelson counseled "Because of our sacred regard for each human intellect, we consider the obtaining of an education to be a religious responsibility. Yet opportunities and abilities differ. I believe that in the pursuit of education, individual desire is more influential than institution, and personal faith more forceful than faculty." Or in other words because the human intellect is sacred, study what you desire.

The question I have is this: how can a nation with a similar background be in a place where "34 percent [of youth questioned] had unwanted exposure to online pornography" (link to stats here) and it is now our religious views that are censored? Have we gone too far? 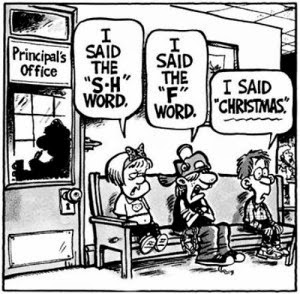