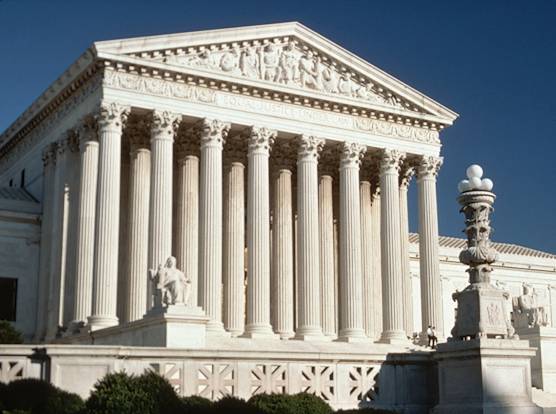 Though published in 1644, Milton's Areopagitica still carries some significant political weight. Hundreds of years later, it has been quoted in United States Supreme Court cases at least four times: in each case it was used to define and defend the First Amendment right of free speech.

One famous case in which Milton was quoted is New York Times, Co. v. Sullivan. This case established that a party accusing another party of libel must be able to prove that the inaccuracy was printed with intended malice. The 19th footnote of the case transcription reads: "Even a false statement may be deemed to make a valuable contribution to public debate, since it brings about 'the clearer perception and livelier impression of truth, produced by its collision with error.'" The quote references Mill's On Liberty and Areopagitica.

It can be easy to feel distanced from works as old as Milton's, but the fact that he still carries weight in our nation's highest court speaks volumes to his foresight and abilities as a philosopher and writer. I feel increased responsibility to understand his arguments and ideas, especially as our political situation appears to be growing increasingly unstable.

For a list of each of the cases, here is a link to the Areopagitica wikipedia page: http://en.wikipedia.org/wiki/Areopagitica#Modern_references_to_Areopagitica
The transcript for the New York Times Co. v. Sullivan case can be found at
http://caselaw.lp.findlaw.com/scripts/getcase.pl?navby=CASE&court=US&vol=376&page=254#t19
Posted by Unknown at 11:43 AM