The Catalyst of Creation: Surprised by Saintliness 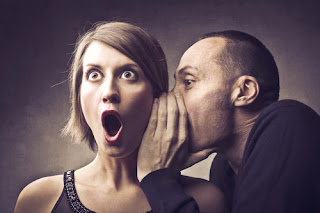 Stanley Fish would argue that as we read Paradise Lost, we feel for the character of Satan and that surprises us. To over-simplify his argument, we, as inherently good creatures, are surprised by what is deemed "other."

In Book VIII and IX of Paradise Lost, Adam and Eve have a similar experience as the reader. There is one specific time in which Adam's curiosity is aroused by the mysteries of God's creations and upon seeking explanation from Raphael is charged to

"Solicit not thy thoughts with matters hid;
Leave them to God above; him serve, and fear.
. . . Heaven is for thee too high
To know what passes there; be lowly wise:
Think only what concerns thee, and thy being;"

Adam is charged, not with sin, but with what could become sin. Eve, too, upon having the dream of eating the fruit has not sinned, but the seed of sin has been planted. Both husband and wife are surprised at this troubling event leading us to infer that they are, in fact, pure. Sin and the idea that it is within their capabilities is surprising and therefore "other."

The mysteries of God's creations also illicit surprise from quite another source. Here is Satan's reaction to God's crowning achievement, Eve:

"Her heavenly form
Angelic, but more soft, and feminine,
Her graceful innocence, her every air
Of gesture, or least action, overawed
His malice, and with rapine sweet bereaved
His fierceness of the fierce intent it brought:
That space the Evil-one abstracted stood
From his own evil, and for the time remained
Stupidly good; of enmity disarmed,
Of guile, of hate, of envy, of revenge:
But the hot Hell that always in him burns,
Though in mid Heaven, soon ended his delight,
And tortures him now more, the more he sees
Of pleasure, not for him ordained: then soon
Fierce hate he recollects, and all his thoughts
Of mischief, gratulating, thus excites."

The very same thing that caused surprise and fear of evil in Adam and Eve, was the source of surprise and fear of good in Satan. Is it that this "good" is decidedly "other" than his character? Perhaps it's not surprising after his declaration "Evil, be thou my good." In Milton's Paradise Lost, what surprises us is a gauge of our goodness. It's the majesty of the earth and God's other creations that can only be sublime enough to illicit this surprise. When surprised by sin, you're a saint. When surprised by saintliness, you're a sinner. It's not being surprised that should surprise you, but what surprises you that you should find surprising.
Posted by Jessica at 8:46 PM