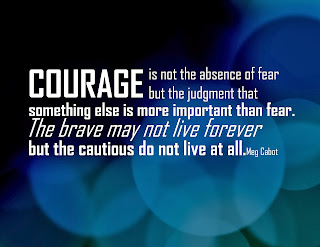 Milton utilizes so many flowery and witty things in his work, and that has somewhat annoyed me, but after class on Monday I realized just what a risk he was taking. So I went back to the introduction on On Reformation, and this is what it said: "others—notably William Prynne, Henry Burton, and John Bastwick—had opened their mouths against bishops and been punished with imprisonment, branding, and the loss of their ears."

Speaking out against prelates meant risking his physical self, not just a little slap on the wrist and a "don't do that again." By the time Milton was writing those really radical treatises on divorce and freedom (which don't seem that radical now simply because we have those nice things), he was really pressing his luck. We talked about the Restoration of the king during Milton's lifetime, and I just did a quick internet search about it. Apparently he had a few friends willing to hide him that summer, and it is the only reason he wasn't arrested.


Even when he came out of hiding, Parliament was putting together a list called The Act of Pardon. His name was put forward to be excluded from that list. All his books were being burnt. His friends in high places in the Commonwealth were either running away or being executed. Milton did end up imprisoned in 1660 for a short time even though the warrant for his arrest had been rescinded, and he barely escaped execution. His name was finally added to that nice pardoning act.

The BBC did a big documentary on him in their poetry series.

And I did a little research: one of his friends in high places was an MP in the new government that had also worked for the Commonwealth—Andrew Marvell. He helped Milton out a lot to make sure he didn't die.

*I recognize that this isn't exactly what Dr. Burton wanted us to do with these texts, but this really interested me, so I just had to post about it.
Posted by Unknown at 7:46 PM