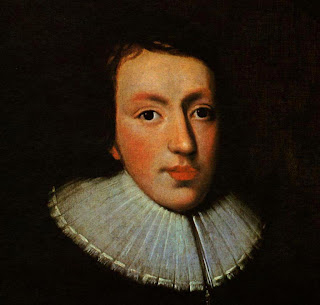 I was reading "Against Prelaty," and I made a couple of connections between Milton and Satan. Now, I'm not accusing Milton of being the Father of all Lies, but I couldn't help but notice some similarities between the two, particularly in their arguments against the church/God, and in some of their viewpoints.

First of all, Milton has shown to be lifting himself up and elevating his status. He calls himself a "herald of God." He puts himself on this kind of pedestal. Satan also does this, but takes it to another level in that he elevates himself up and sees himself as greater than God, which prompts him to rebel. Both Satan and Milton think highly of themselves and have great ambition, not simply content with "middle flight." It's an interesting similarity.

Another thing I noticed as that when Milton is criticizing elements in the church, in "Against Prelaty," he makes statements that reminded me of some of Satan's speeches. For example, Milton in his "Against Prelaty" talks about how he initially chose to remain silent on the matters but now he states that, "Howsoever, this church-outed by the prelates, hence may appear the right I have to meddle in these matters, as before the necessity and constraint appeared." I couldn't help but notice a similar idea that Satan had when he speaks to his consorts in book five, saying, "Who can in reason then or right assume / Monarchy over such as live by right / His equals, if in power and splendor less, / in freedom equal?" Satan is arguing a similar idea that he and the others have this right to rise up against God and declare themselves as equals. 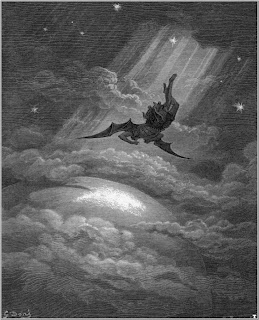 After I noticed these details, I wondered if Milton was aware of these parallels, or if he was doing it unconsciously? I found an article by Franklin R Bauch that talks about Milton putting autobiographical elements, both consciously and unconsciously. He talks about how Milton invokes himself throughout Paradise Lost, particularly in the beginning of book three, when the poet is talking about darkness and light. He also talks about this idea that some of the "patterns of autobiographical focus are also dictated by unconscious desires to blur self in a context greater than the personal experience" (28). I found this idea of Milton incorporating unconscious autobiographical elements into the text rather fascinating, although I don't know if this is the case with his similarities to Satan. What do you guys think? Was Milton channeling some of himself into Satan? Or was this an unconscious effect?
Here's the link to the article. http://www.jstor.org/stable/2872536?seq=3