Honesty in Satan: a Paradox? 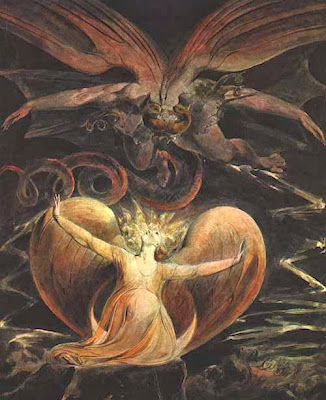 So I am fascinated with Satan and his relationship with honesty. Now we know Satan as the Father of all Lies. From the beginning, when he speaks unto the multitude of devils, to when he’s leading away the third of the Host of Heaven in Gabriel’s narrative, he is lying and twisting truths. He also lies to Eve in book four, giving her half-truths as he whispers to her when she sleeps. However, there are a few moments when Satan seems to be openly and truly honest, if only it is with himself. This is during his internal monologue in book four.


During this monologue, Satan is staring at the wonder of the newly created Earth and he seems to be lamenting his fallen state and how he can never access this glory. For a few brief moments, he seems to be honest. And yet, there’s a hint of him deluding himself, justifying his fallen state, saying that he couldn’t be forgiven because he would simply fall again. In a sense, even in this moment, when Satan seems to be uncharacteristically honest, he is still lying to himself and convincing himself of his mission.

Going along with that idea, I also wonder how much Milton made Satan aware of the power of God. What I mean is that Satan was of the best of the hosts of Heaven, but he rebels, which seems foolhardy to the other angels.  In book six, Adiel calls Satan a fool, stating, “fool, not to think how vain / against th’Omnipotent to rise in arms” (135-36). This makes me wonder if Satan knew and was fully aware of the fact that he would not win in this war against God? If he really were among the best, surely he would have known of the vast power of God and the angels, right? So why make such a seemingly foolish decision?


My answer is that I think that Satan was simply prideful. In the same way he lied to others and led them away, he probably lied to himself, boosting himself up until he sought to be greater than God. So while he may know deep down that God will always win, he chooses to believe that he can bring God down. It’s an interesting conflict that seems to be going on inside Satan’s head, and something that I think Milton is portraying well through Satan’s speeches and his internal musings. What do you think? Is Milton’s Satan fully aware of God’s power and lying to himself, or are there moments when Satan is truly honest?
Posted by Heather Moon at 1:12 PM