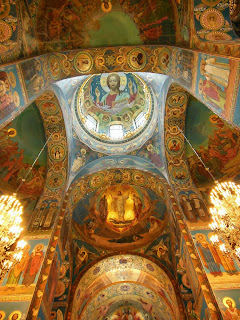 In "Of Reformation," Milton emphasizes the Puritan concept of sola scriptura, or the idea that truth is to be found only through study of the scriptures. Milton writes that truth may be had in "searching, trying, examining all things, and by the spirit discerning that which is good." Thus, the authority of truth comes not through episcopal figures, interpreting the texts, but by the personal and direct manifestations of the Holy Ghost. For Milton, this idea of personal truth and spiritual direction plays into the most fundamental aspects of belief and practice. Milton even goes so far as to suggest that the English king might learn better governance by a similar policy. He suggests that the king "betake himself to the old and new testament and receive direction from them how to administer both church and commonwealth," an idea that simultaneously undermines the authority of the prelacy, questions the legitimacy of the monarchy, and reinforces the fundamental Puritan principle of sola scriptura.


The Puritans necessarily reevaluated the idea of authority. They justifiably felt that in many cases, the pure and true doctrines of the Bible had been ignored or excised from the practice of the day and thus had to be "sought out of the dusty corners where profane falsehood and neglect had thrown [them]." Milton asserts that "albeit in purity of doctrine [the Puritans] agree with our brethren [the prelates], yet in discipline, which is the execution and applying of doctrine" there was significant disparity. Milton regarded much of the formal praxis of the High Church as "senseless ceremonies" founded in a pagan and idolatrous system that was meant to subjugate the ignorant masses to the whims of a corrupt and self-serving clergy. These, he asserts, serve only the twin "gods" of "Mammon and their belly" and pillage the poor to build "temples beautified exquisitely to outvie the papists." These contentions manifest a rebuke both of the High Church's policies and of the papist, or Catholic, praxis that had crept into popular belief systems in Milton's time.

These are concerns that are being re-evaluated even today in some parts of the world. In Ukraine, for example, Christianity exploded with the collapse of the Soviet Union, and Protestants offer up the same contention against those that would perpetuate Russian orthodoxy. The temples are, in many cases, just as lavish, the poor are just as impoverished, and the Protestants are just as zealous about bringing the respective 'High Church' away from idolatry and clerical hegemony.
Posted by Unknown at 10:12 PM