Areopagitica and the People’s Rights to Information and Government Transparency 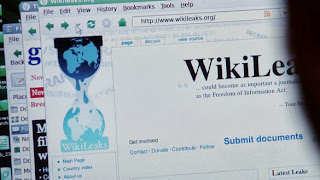 Milton’s political tracts boldly declare his belief that in order for the people to be a functioning, self-governing body, they had to have the right to uncensored information. This belief, completely rejected by Parliament, would come up later in American government with the creation of the First Amendment. Yet in America today, we’re struggling with the same problems Milton faced in his time. How do we, as a people, make informed decisions about our government if we don’t have the freedom of information? Is it possible to strike a balance between a transparent government and free flow of information and government secrets and operatives’ safety? Like Milton, we have several figures in the world that are willing to risk their lives for their belief that the uncensored exchange of ideas and information is tantamount for the people to avoid corrupt government, oppression, and social injustice. While many names come to mind, I would like to focus on two main figures in this regard: WikiLeaks founder Julian Assange and NSA whistleblower Edward Snowden. Both Assange and Snowden believe that the only way to truly make change for the better is to let people see what’s really going on in all sectors of government and economics. Milton’s premise of freedom of information in Areopagitica completely supports this view.

The Fifth Estate trailer (on Julian Assange and WikiLeaks)

If you haven't watched this in full yet, I really suggest you do. It is a matter of our government and our freedom, and knowledge is power.

My Premise and How This relates to Areopagitica:

The whole premise of this political tract is that the government shouldn’t be regulating the freedom of the press to spread ideas and information.

This gets sticky in today’s world for governments precisely because they would like the public to have little knowledge of what is going on in the name of protecting operatives. Julian Assange is well known for his unwillingness to redact names from the documents that get leaked on his website. This has gotten operatives killed. Does that make Assange a traitor? Is redacting names limiting people’s ability to make decisions based on the information they’re given?

In regards to Snowden, the question is how do we define the term whistleblower? If giving the people information about how much their privacy is being violated is critical, then why did he have to run halfway across the world in order to feel like he could give that information? Why is the public not outraged? At what point are the NSA’s privacy breaches and information databases impeding the free-flow of information and ideas? How can people have conversations about new ideas, information, and change if the NSA is monitoring for people who want to change what they are currently about?

And ultimately, the kicker that brings it all together: Both of these men are branded as radicals and traitors, just as Milton was in his day because of his work with the Commonwealth.
Posted by Unknown at 12:36 AM