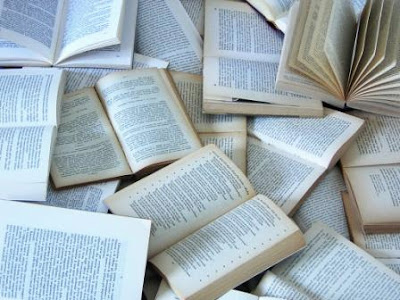 So my working thesis is: "Milton channels his own views and personality into Satan in order to create a more human version of the devil as opposed to the previous versions of the devil in christian literature, making a political statement on the humanism of Satan." I need to work on it more and I'd like to add more of a political element in there but I haven't figured out how to incorporate that just yet.

As far as research goes, I will admit, I was skeptical of using twitter to help me out in my research. However, I found that it helped me find some organizations that I probably wouldn't have heard of. For example, I found an organization called the Digital Public Library of America which had access to some useful articles and books. I also found various other university websites where I could look up specific professors. For example, I found a Dr Margaret Kean from St Hilda's College at the University of Oxford. She's done some research on Milton and I'll have to read some of her publications. Here's the link to her page if you think she may have something helpful:

I also looked up some publications on the Milton Society of America's website and I found some interesting journal articles that deal with Satan and his relationship with Milton. One in particular caught my eye, which was titled, "God, Satan, and King Charles: Milton's Royal Portraits," by Joan S. Bennett. This article argues that Milton was using King Charles as a model for Satan. This opens the door for a lot of political analysis. The author mainly compares King Charles and the other royalists to the power-hungry devil. This article, while not exactly what I may have in mind for my topic, does bring up some interesting elements that I'll have to consider, such as the political element of Satan and what it may mean for the monarchy of the church. I think it would be interesting, and it's led me to ask more questions and hopefully refine my thesis.

So far, research is going fairly well for me, though I still need to do a lot more, particularly in finding more professors who've done research on Satan in Paradise Lost. There's so much out there that it's tricky sifting through all the information, but I think I'm getting the hang of it.
Here's the bibliography of that article if you want to look at it:
Bennett, Joan S. “God, Satan, and King Charles: Milton’s Royal Portraits,” PMLA, 92 (1977):441-457

Email ThisBlogThis!Share to TwitterShare to FacebookShare to Pinterest
Labels: posted by Heather, research