Although I was skeptical at first, I was unable to shake some of the connections between modern Chinese culture and ideas persistent in Paradise Lost and Paradise Regained. Some of the similarities include his ideas about knowledge, heroism, power, and gender roles. Many of these topics seem contradictory when reading it from a modern American culture perspective. For example, the fact that Satan is so active and Christ is so passive seems at odds with our ideas of power. Milton has fallen under much gender role criticism because Eve seems inferior by our American standards, but after a little study I've found a few interesting things:

Some interesting articles and books that have been really helpful have been these:

Tons of great stuff on pages 200-210. Talk about femininity and passivity in Chinese vs. American culture. Also states American change in ideas about passivity. 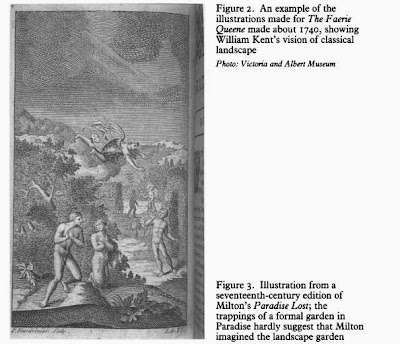 About "knowledge and action," talks about face and power. Face is to help people maintain own agency and own choices. Choices are not product of social pressure, but on your own contemplation. Good things and people let you maintain "face." Bad things and people will have you lose "face," like Satan and his way of tempting is on a time frame and gives pressure.

Talks about Milton as a culture builder. Hard to judge his ideas about women and other things because his atmosphere and culture are different than ours and he was quite progressive.
Posted by Jessica at 1:00 PM