Seeing Through the Mist of Eurocentricity: Oriental Influence in Paradise Lost 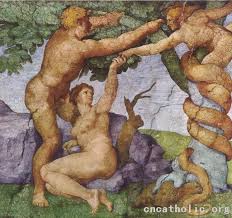 After searching for hours, I was awed to find a miracle: Robert Markley wrote a book titled The Far East and English Imagination, 1600-1730 published 2006. In the book there is a chapter named "China and the limits of Eurocentric history: Milton, the Jesuits, and the Jews of Kaifeng." What?! Turns out Markley is the recent expert on Chinese relations with 17th century literary England. There have been at least two other scholars that have referred to his works and two more that have written reviews of the book. This conversation is still fairly new and I'm excited to be a part of it.

Part of what has been said is that the Western world has been hopelessly Eurocentric in its view of the historic world which inhibited its view of how things were at the time. Our view of the world has seen England as the great power when really it paled in comparison to China. He also has claimed that because of Milton's view on the Jesuits preaching in China, Milton was decidedly at odds with everything we now deem as other in oriental culture.

My working thesis is this:


Our projection of Eurocentricity and Americentricity onto Milton's culture has caused us to have the mistaken impression that Milton was more at odds with oriental ideals than he actually was. Even in Markley's critique of Milton's Eurocentricity, he is himself Eurocentric.

Following are some of my claims:


There are pieces of 17th century England (or at least Miltonian ideals) that shared viewpoints with 17th century, ancient, and current Chinese culture. (God and the Son's "passivity," Satan's "activity," there are many ways to say/see one thing, putting the most important thing at the end of the sentence, masculine emulation of our current "feminine.")
Postcolonialism England is blind to its negative influence as a power. Eurocentric England is blind to other powers' positive influences. (Delft and Gardens all came from China.)

Milton was against Jesuits preaching because of his non-Jesuit sentimentalities, not fear of pagan/Chinese assimilation.

Milton had no qualms using pagan doctrine to prove Christian points. It seems very unlikely he would be unsettled by Christian "assimilation," especially after his idealism of China in referring to Christ's second coming in Book XI referring to China as "the seat,/ Of mightiest empire, from the destined walls/ Of Cambalu" (XI 386-388).