As an introvert, the realm of theater is an vaguely terrifying and innately social experience, so the concept of a closet drama was a little counter-intuitive. I'm so used to professors saying "Read it out loud, because that's how it was meant to be performed!" that it was a little weird to just sit down and read through Samson Agonistes, but I've found I quite like this more relaxed medium, and I think it's interesting how it affects our culture and media. 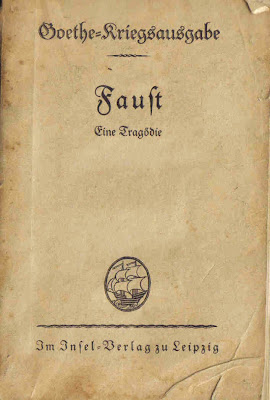 The beginnings of this form can be seen as far back as Plato's Apology, a text intended to be philosophical in nature but is generally regarded as more of a tragedy proper. Seneca the Younger is attributed with some of the first works intended to be read to small groups instead of large audiences, and this tradition continued through the middle ages, though it wasn't a predominant form of literature. The Interregnum and its closing of public theaters provided the perfect opportunity for writers like Milton to work on this form, as we've seen with Samson Agonistes. The 18th century brought the rise of closet dramas to Western Europe, many of which followed the examples of their classical predecessors. Over the next hundred years or so the dramas continued in popularity, and influenced some of the works of writers such as Yeats and Melville.

While it isn't nearly as popular today as it was a few centuries ago, I think the idea of the closet drama is something our society holds quite dear. The value of such works lie in their content, not the execution of that content, and in a culture where entertainment is often a solitary endeavor this intentional isolation fits in quite nicely. I think this can best be seen in television shows, which to me are a very personal entertainment medium. While I go to the movie theater or concerts with my friends, Breaking Bad or Iron Chef America are things I watch on my own, usually in my pajamas with ice cream, and I think they're intended to be viewed that way. Watching Walt lie to Jesse on the big screen with a huge group of people munching popcorn would diminish the emotional impact and suspense a great deal, much like how performing Samson Agonistes to a large audience might ruin some of the personal connections formed between the reader and the characters. The closet drama allows the reader to interpret the author's words in whatever way he or she pleases, and this freedom of interpretation is something I haven't found anywhere else.