A Funny Thing Happened on the Way... 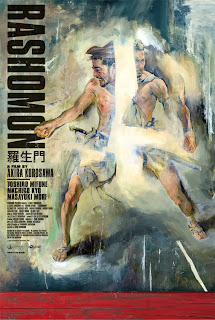 The world is a very non-linear place. I'm not sure when I first realized this fact, but here are the top three BYU experiences (listed in no particular order) that most impressed that fact on me:
Very little went as I imagined it would. I took the class because I wanted to read Milton's grand epic, but found myself most excited when we picked up Areopagitica. I suppose the libertarian literature/media I've been ingesting over the past few years got me primed for Milton's views on gatekeeping, intellectual freedom, etc. Initially, I figured I'd pursue what Chelsea later delved deep into (Snowden and all). But after some conversations with Greg, Google, Gideon, and (of all people) one of the masterminds at More Good Foundation, I thought very seriously about applying Areopagitica to the present shifts in LDS public relations and CES policies (see: Mormopagitica).

In retrospect, I think I would have enjoyed following the Mormon rabbit further down the rabbit hole, and almost wish I could have a do-over. But when I sat down to write the shorter writing assignment (which, like Greg, I found invaluable), I felt a bit overwhelmed at the prospect of wrapping my head around such a multifaceted issue without the benefit of three-hundred years worth of historians winnowing away at the facts. And I was becoming enamored by both the harmony and dissonance I saw between Areopagitica and Paradise Lost. Specifically, I was fascinated by the fact that Milton decries forcible gatekeeping in Areopagitica as contrary to "the manner of God and nature," but saw a God who Paradise Lost who proscribed the spread of knowledge in a variety of ways. I couldn't help but ask why Milton would have reversed this claim after being so unjustly censored and imprisoned by the restored monarchy.

Ironically, as I started to research in earnest, I found myself connecting much more frequently in person than online. I think what I appreciated about face-to-face social research was how quickly I was able to get social proof each time. Whether it was a chat with Greg as we crossed campus after class, an intrusion on Gideon or Jason Kerr in their respective offices, or conversation with fellow graduate instructors in the carrels of the JFSB, conversing real-time gave me the chance to instantly pick up some new insight and gauge (sometimes through non-verbal feedback) whether I was on track.

This was a surprise to me - I've used social media a fair bit over the years in my study of literature and culture. I did a number of searches on both Google+ and Facebook, commented on posts (most of them quite old), Googled my way into an LDS literary blogger who did a little cross-analysis of Areopagitica and Paradise Lost a while back, found the contact info of an Oxford professor (William Poole) who wrote one of the articles I was most intrigued by, and emailed/Facebook messaged a slough of friends with a variety of questions. But I saw very little come of it. In retrospect, I wish I had reported my lack of findings on this blog along the way - maybe I was doing something wrong and one of you could have helped correct me?

One point of digital contact that did prove fruitful was when I sent an email to the guy who writes Ships of Hagoth with me - Jacob Bender. I sent him a bunch of my research notes and he sent back some great feedback. By that time, I was really interested in how understanding the Universal Language Movement might inform my reading of Book XII. Here's an excerpt from his response:

I think your idea that God confounded language to break the control of tyrants is really cool. You might remember that in Orwell's 1984, one mechanism of state-control by the Party was simplifying English into NewSpeak; also, ascribing illegibility to the Subaltern so as to deny them voice is also a major theme in Post-Colonial theory, especially in the writings of Gyatari Spivak and Homi Bhaba; so it's an intriguing idea that God renders the Tyrant unintelligible so as to break his power--God turns the tables on the Powerful, uses their own tricks against them, so to speak.  If revolutionary-potential within PL is what you're honing in on, that might be the route to keep running down.

Bender's reference to NewSpeak reminded me about a quote I found from Dante's Inferno--where the King of Babel is found to damned to remain half-buried with an eternal language barier (he can neither understand nor be understood by anyone who chances upon him), and that connected to something I read about how some Royalists who were critical of the nascent public sphere (i.e. the pamphlet wars) viewed the creation of a new, perfect language as a way of cleansing public discourse of dissent/heterodoxy. This opened up a whole new angle for me and became a central theme through the majority of my paper.

So I suppose the digital social stuff was awfully fruitful after all. Maybe this is the same sort of success rate many of you have? At any rate, I'm sure I wouldn't have had either the face-to-face or digital discussion the best bits of my paper have come to depend on.
Posted by lionbox at 11:37 PM